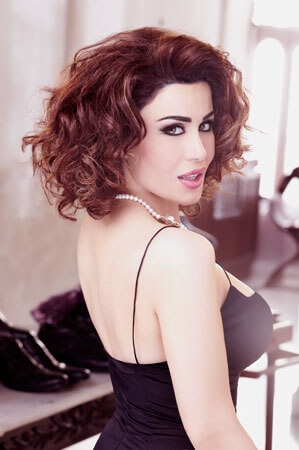 Viviane Mrad, is a lebanese singer that was born on 12 of july in bekaa valley.

Her pure strong voice was the key that got the attention of her Family and her school teachers. Having this strong talent she participated in all her school concerts as she was supported by all around her.

Her passion for singing made her leave Lebanon and move to Paris and live there for 5 years, after that she started singing in French, English, Spanish, and Italian, not to forget her native language ( Arabic ).

Then she moved to Dubai where she decided to do her first single “Ma bi shay” for which she also shot a video clip.

Three years later Viviane started working with the best poets and musicians in the Middle East preparing for her first album for the year 2011 “Foq el Kalam” which included 10 songs. “Foq el Kalam” was also shot in a video clip.

Viviane recently shot a video clip for the song “Ayyam” which highlighted a humanitarian cause.

More in this category: « Nay Sleiman Saad Ramadan »
back to top