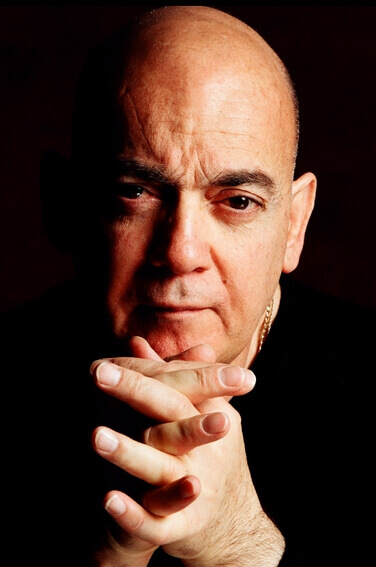 Ilham al-Madfai is a guitarist, composer and Iraqi singer. His songs are popular both in the Middle East and the West for its singular style, a real mix of various Western styles (flamenco, rock) and traditional Iraqi music.

Ilham’s musical talent began to seriously develop at his young age of twelve. He started, and still is, a guitarist at heart. His musical career formally started when he formed his first musical band (Twisters) in the sixties.

A few years later, Ilham left Baghdad to England to study Architecture. When Ilham returned to Baghdad in 1967, he formed his well-known band (13 ½). He reached a peak in popularity throughout the 70s; he was Iraq’s most popular musician all during the 70s.

Then in 1990 Ilham decided to restart his musical career. He formed Firqat Ilham (Ilham's Band).

More in this category: « Lara Scandar Ghassan Saliba »
back to top