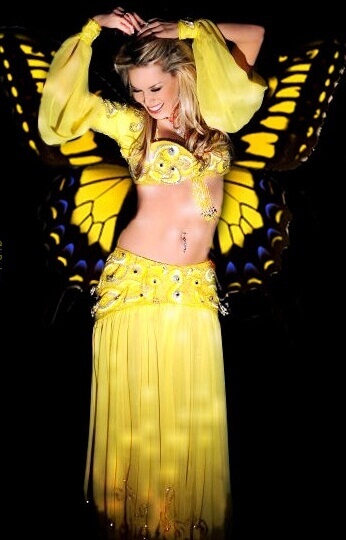 Amelia Zidane born in France, was attracted very early by the music, the dance & the theater despite her family's reticence.
She choreographs & directs her own spectacles, she created in 95 Flamenco-Arabic then in 2001 "Oriental-Modern-Dance-Show", a fusion between hip hop & bellydance.

She danced in the biggest world theatres, such as Bercy, the Zenith, Olympia, Central Park New York ... 2 European tours and a world tour are followed from there, we estimate at more than 600.000 spectators having applauded in it.

In 2004 she settled in Beirut where she presented "Paris-Beirut" show.

Amelia is one of the most renowned belly dancers in the world & was the 1st belly dancer to appear on the Covers of French Magazine, Elle.

Amelia appeared on the “Hezzi Ya Nawaem” dance show as a dance consultant and member of the jury.

More in this category: « Imad Al Rifai Group Cilicia »
back to top