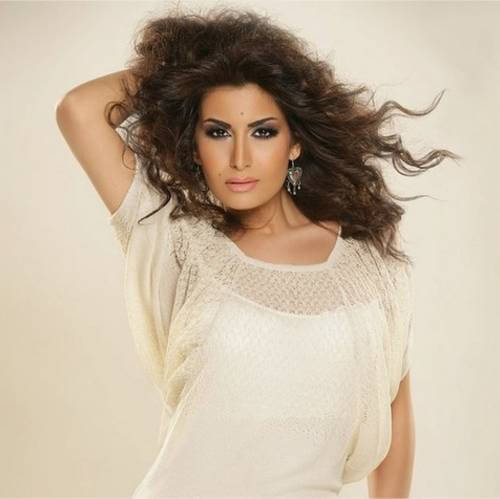 Rouwaida Attieh, a Syrian artist. She has been passionate for music since her childhood. Indeed, she learned music notes and also playing the Oud at the age of 7 years old. She also reperformed songs of the great diva Oum Kalthoum.

Rowaida improved her music knowledge by studying the Music notes, the muwashahat, koudoud and by joining many music clubs that mostly preserve the folklore and traditional heritage. She participated in the famous TV show super star and won the second prize for reperforming songs of Asala Nasri and Oum Kalthoum. Her first album ‘Men Nazra’ was released in 2004 containing 7 songs. She released a new album in 2005 entitled ‘Kheesamak Morr’, she also shot a video music clip for the song ‘Heyda Lebnan’ in which she co-performed with the great Wadii Essafi. Her third album “Esma’ani”was released in 2009 along with a video clip in which she accompanied Assi Alhellani in his song ‘Sahra Echark’ from the album ‘Yemken’.

Rouaida Attieh has proved herself to be a great talented artist through the growing number of her fans and also the success of her albums.

More in this category: « Fella Tony Hanna »
back to top