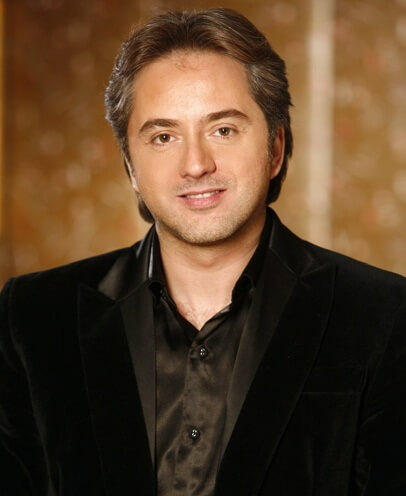 Marwan Khoury is a Lebanese composer and famous singer.

At a very young age, he studied musicology in his native country. He won the first prize in composition, as Lebanese President Amin Gemayel at the time gave him in person. He began his career writing lyrics and melodies for other artists such as Assala Nasri, Najwa Karam, Majda Al Roumi and Nawal Zoghbi.

Kasak Habibi,was his first single followed by two consecutive albums that made a hit in the Arab world: “Khayal El Omr” and “Kol El Kasaied”. For the first album, Marwan received a Golden Murex for Best Composer for the song Ya Shoq.

In 2004 he received a second Murex d’Or, this time for Best Complete Artist. Later Marwan released many albums some of which are “Kasr El Shoq”, “Ana Wl Leil”, and “Rajein”.

Marwan also performed in many important events like International Festival of Carthage and Mawazine Festival.

More in this category: « Maysam Nahas Pascale Machaalani »
back to top